“I’m Irish, so I’m used to odd stews. I can take it.  Just throw a lot of carrots and onions in there and I’ll call it dinner.”  Liam Neeson

Many would say the topic is oxymoronic, but the roots of all things Irish are hardscrabble.  My father was half Irish, and never knowing his father, who died when he was an infant;  he was raised by his Ma, Margaret Veronica Lannon, a former vaudeville singer who married her stage manager, John Parquette, and helped by her Irish sisters Stacia and Essy — immigrants all in a three decker full of family in Lynn, Massachusetts.  My mother was the youngest of six to Irish parents, her mother, Molly Manley, was full time at home, and her father, Jim Laracy, was a tin knocker.  She was born in the apartment over D.A. Baker’s sheet metal shop where my grandfather lived (and worked) before they bought the house on Maple Street in Walpole.

Our family of six children in Walpole, of which I was the oldest, was deeply imbued with an Irish culture, albeit with a French name.  My mother, Betty (or Girly to her sisters), going strong at 91, still possesses her characteristic sense of humor and intelligence.  The main danger she presents currently is to gondola displays at the local Target when someone foolishly allows her to drive a battery powered ‘accessible’ sit down shopping cart.  All her kids grew up straight and true.  Somehow.  All of us are blessed with the strong work ethic of both our parents.  Ma has long claimed that her six children would never go hungry as long as she had a good can opener.  She was pretty good at potatoes, though, and beef stew, even if Dinty Moore canned stew was not foreign to us in a pinch.

“I have always found the Irish to be a bit odd.  They refuse to be English.” Winston Churchill

My wife, love of my life and frequent muse, Rita, suggested this blog topic, so I’ll begin with a story that includes her.  When we were newlyweds, we didn’t have a lot of money.  Rita was a registered nurse working full time, while I finished out my last three semesters of college.  We lived in a third story walk up ‘shotgun’ apartment on a tight budget, painfully young and rhapsodically happy.  Rita, of Italian and Portuguese descent, is a creative cook acquainted with all manner of spices alien to me at the time.  Salt and pepper were the only spices I knew from my mother’s table, and pepper was suspect.

I tried to inflict my childhood Saturday night tradition of hot dogs and beans on Rita, which held for awhile.  A month or two into our marriage, we sat down on Saturday night – canned Boston baked beans and hot dogs grilled in the frying pan – two each.  Halfway into this ambrosia, Rita, who is genetically incapable of telling a lie or a joke with a straight face, started snickering.  When I asked her what was funny, my question stimulated full blown laughter.

It seems, since our food budget allowed nothing for waste, that when she was gathering the goods for supper, there was a new package of hot dogs and two left over hot dogs that were a bit, shall we say, sticky, but not yet quite green.  My young beloved artfully and meticulously kept the old segregated from the new in the frying pan throughout the cooking.  I, of course, was given the old ones.  But she couldn’t hold the deception together and giggled her way to full disclosure.  Her justification for this crushing of young love was that I, being Irish, couldn’t tell the difference, and she being of more refined culinary sensibilities, could.

“It’s not that the Irish are cynical. It’s rather they have a wonderful lack of respect for everything and everybody.”  Brendan Behan

Our friend and former coworker with Rita at Rhode Island Right to Life, Peg Lavallee, told Rita this recent story of her brother, Charlie Galligan, a retired cop (what else?).  The Lavallees and the Galligans were going to a fund raising event for an Irish cause at McBride’s Pub on Wayland Street in Providence.  McBride’s features normal pub fare along with Galway Shepherd’s Pie, Fish and Chips, Bangers and Mashed, an occasional boiled dinner and “Famine Stew” along with the “Perfect Pint” of Guinness.  The pub is located in the old carriage house of the Monahan Funeral Home and part of the Monahan complex, a century old site of Irish wakes in the city, which is still open for business across the shared parking lot.  It is convenient to go to a wake, tell a few maudlin jokes and hoist a few to honor the recently deceased at the pub.  Every night at ten the bartender calls for a pause as a “Last Call” where all raise their glass in memory of someone who has “gone to the Promised Land.”

As Peg and her husband, Arty, were coming from their cars with Charlie and his wife, a van pulled up with a long wooden box which carried a replica of a full size statue of a small family, part of the Irish Famine Memorial in downtown Providence. It was to be displayed in the restaurant.  Two older gentlemen in their late sixties were unloading the crate.  Charlie offered them a hand, but his help was politely declined.

As the determined Irishmen slid the box out of the back of the van, disaster struck, the statue smashed through the front of the crate and flew out to a loud thud on the parking lot.  Charlie in typical Irish wry humor, without missing a beat, said to them, “Hope you guys aren’t the undertakers.”  Then he started back towards the parking lot pretending to look around, and asked them, “Do you need this head?”

“I’m Irish.  I think about death all the time.”  Jack Nicholson 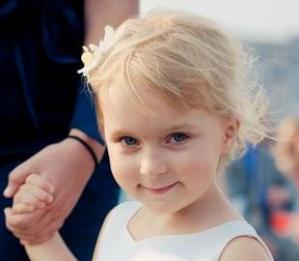 A grandchild story will round out the topic for this week.  Gianna is my daughter Angela’s four year old.  Her dad is Polish and Irish, and Gia has dragged a few of the dry Irish wit genes through.  She does, however, manage to maintain more sophisticated taste buds.  Recently I was bringing her to Walpole one Saturday to treat my mother to lunch.  On the way, we discussed the menu.  I asked her what she would like for lunch, and she said tostados.  I told her it was unlikely Nana could be talked into a Mexican restaurant (IHOP as it turned out was the selection).  Since squirrels and a large oak tree in my backyard are a frequent topic of conversation, I suggested she might enjoy an acorn sandwich.  She remained somewhat skeptical.

I assured her that with strawberry jam and ketchup, acorn sandwiches were tasty, and that if people were really hungry, they could eat acorns just like squirrels.  She assured me that she wasn’t that hungry.  We changed subjects.

Later we discussed her uncertainty that we might not find Nana’s house given the limited access highway (Route 95) we were on.  I explained the concept of exits and not to be concerned as I knew which one to take.  After we mulled that around for a few more miles, she spotted a sign coming up and proclaimed it said, “EXIT”, which it did.  She asked if that was where we were going, and I told her there was another one farther ahead.

Being a grandfather, I then told her she was the smartest four year old girl in the world.  Gianna graced me with her half smile and replied without a pause, “Smart enough not to eat acorns, Papa.”

“Being Irish, he had an abiding sense of tragedy, which sustained him through temporary periods of joy.” William Butler Yeats