“It is innocence that is born and experience that dies.

It is innocence that knows and experience that

It is the child who is full and the man who is empty.”

From “Innocence and Experience” in “God Speaks,” Charles Péguy 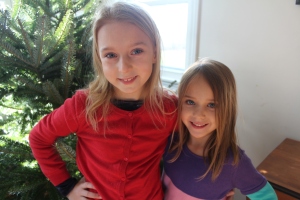 Several stories and threads have prompted a “that’s not fair!” reaction from me, and perhaps the adult in me must learn to adjust my expectations of justice and accommodate the irony of that adjustment. Comes with maturity and experience, I’m sure.

Cecile Richards, the million-dollar compensated president of Planned Parenthood, complained, “I’m infuriated. “I’m heartbroken,” when describing her reaction to President Trump’s decision to put immigration reform back where it should be with Congress by reversing the DACA (Deferred Action for Childhood Arrivals) executive actions of President Obama. Let me state up front, I have great sympathy for the plight of immigrants and Dreamers, and profoundly hope for a just and compassionate permanent resolution and have written to my representatives and senators in support of a solution. But to get back to Ms. Richards, she continued, “Here at Planned Parenthood, we firmly believe that every person has the right to live….” Huh? Her organization profits greatly by taking the lives of over 320,000 pre-born humans each year, presumably with their own “right to live.” Irony doesn’t seem to quite cover it.

In a somewhat related irony, the New York Times, among others, made it a campaign to excoriate and ruin David Daleiden’s Center for Medical Progress. If you can remember and stomach the videos, the CMP published on line a series of exposé videos of Planned Parenthood showing PP executives bargaining for better prices to sell baby parts and laughing over cocktails about some of the amusing incidents that occur when they diligently apply their skills to crush skulls to save hearts, livers and lungs or crush hearts, livers and lungs to save intact skulls and brains to maximize the profits. At the same time, the NYT’s ran a whole series based on undercover videos about the gratuitous cruelty of Big Farming slaughterhouse practices. Perhaps the quote of Ingrid Newkirk (founder of PETA – People for the Ethical Treatment of Animals), “A rat is a pig is a dog is a boy,” should at least infer that the boy might have the same rights as the rat, dog and pig, but I suppose that asks too much. Great article on this by Mary Eberstadt of the Ethics and Public Policy Center, “Why Animal Lovers Should Abhor Planned Parenthood.”

“Truth is too simple for us: we do not like those who unmask our illusions.” Ralph Waldo Emerson

Occasionally public figures inexplicably give us an unexpected glimpse into their inmost thoughts. Such was the case in 2009 when in an interview with Emily Bazelon of the New York Times Magazine, Supreme Court Justice Ruth Bader Ginsburg said this about the archetype judicial activism decision, Roe v Wade, in 1973, “Frankly I thought that at the time Roe was decided, there was concern about population growth and particularly growth in populations that we don’t want to have too many of.” Ah, so it is revealed. Margaret Sanger, the founder of the country’s largest abortion provider, Planned Parenthood, made no secret of her eugenics agenda and her disdain for the poor, the immigrant, the minority who so heedlessly breed children. [i] Apparently, Ms. Sanger’s intellectual offspring have retained her biases and her program.

“Not so!” you protest. “Current practitioners of the craft of baby dismembering are not eugenicist and racist!” Just so. Since over 78% of Planned Parenthood clinics are within walking distances of minority neighborhoods, and over thirty percent of abortions are perpetrated on the eleven percent of the population that is black, one must reflect if Sanger’s successors are just more adept in hiding the motivation behind their campaign.

The intensity and animosity between the ideologically estranged seems to deepen by the week.  “Repugnant Cultural Others” are group defined, self-defined. We use them as a mechanism in our human predisposition for what Cass Susstein named “global polarization” in 1998, that tendency to become increasingly radicalized in our opinions and proposed remedies as well as self-limiting our choices for conversation and reasoned discourse. Circumscribing our lives by drawing an inclusion/exclusion circle by meticulously defining our RCOs and taking great care to leave them out in the cold.

So those opposed to (or who favor) gun control (or abortion or for quelling global warming) talk only to each other, become more convinced of the righteousness of their position and move more radically towards the poles pushing for drastic action.[ii]   Since the kindling of the social media wildfire, this phenomenon has exponentially intensified. Only a few minutes reading posts about opinions with which the posting disagrees proves the point, using terms like “moron” or “hopeless idiot” or “evil” or expletive deleted. Tallying “Likes” has replaced moral debate.

Subsequent generations also seem to worsen incrementally. Sometimes the apple falls from the tree and rolls way down the hill. Such seemed the case with a previous Supreme Court Justice, Oliver Wendell Holmes Jr., son of the esteemed poet and professor of the same name. Justice Ginsburg was not the first Supreme to promote a draconian solution for those troubling other human beings who were not worthy of breathing the same rarified air as the self-satisfied elites. Justice Holmes advocated publicly for “sterilizing idiots.” Since his father, I expect, never imagined a society in which he would live that would contemplate such things, there is one final irony for today, and not a comforting one.