“In any man who dies there dies with him, his first snow and kiss and fight. Not people die, but worlds die in them.” Yevgeny Yevtushenko 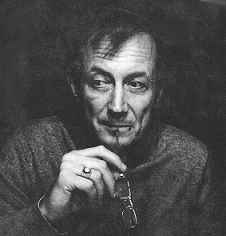 I noted last month with passing sadness the passing of Yevgeny Yevtushenko. He died in Tulsa, having taught there and in New York City for many years. His was the first volume of poetry I can recall buying, before Yeats or Eliot or Robert Frost, I read Yevtushenko. The 1962 paperback sits somewhere among many other books in a box in our basement. Yevtushenko was never a full blown Russian dissident like Solzhenitsyn, but he contributed to the awakening of Soviet Union freedom in the sixties. Babi Yar was his breakout poem[i], and it described the Nazi murders of 34,000 Jews in a ravine outside of Kiev that foretold of millions more. Written as a protest of the Soviet Union’s pogroms and history of antisemitism, and its refusal to erect a monument to those who died at Babi Yar, Yevtushenko cried out an appeal to the Russian conscience:

-“No, fear not – those are sounds
Of spring itself. She’s coming soon.
Quickly, your lips!”

Wild grasses rustle over Babi Yar,
The trees look sternly, as if passing judgement.
Here, silently, all screams, and, hat in hand,
I feel my hair changing shade to gray.

And I myself, like one long soundless scream
Above the thousands of thousands interred,
I’m every old man executed here,
As I am every child murdered here.

Yevtushenko is forever linked to Dmitri Shostakovich, censored by Joseph Stalin, whose Thirteenth Symphony is entitled Babi Yar after Yevtushenko’s poem, which is recited with other Yevtushenko poems during the performance. The most well-known recorded performance of which in America was with Georg Solti and the Chicago Symphony with Sir Anthony Hopkins reading the narrative. All of this started me thinking about some recent reading and the decline of poetry, which is little read today even in universities and is increasingly the province of an esoteric small community and obscure journals. And rhyme is infrequently employed, nor has it been in many years.

“Simple human beings like rhyme better than prose, though both may say the same thing, as they like a curved line better than a straight one, or blue better than grey; but, apart from the sensual appetite, they chose rhyme in creating their literature for the practical reason that they remembered it better than prose. Men had to carry their libraries in their heads.” Mont-Saint-Michel and Chartres, Henry Adams

The marginalizing of poetry has a price. Permit me an inept analogy and story. Dick Leary was the Information Technology Manager for my first lumber company before we called such a person an IT Manager; Dick was the computer guy. We had seventeen locations and seven hundred employees and ran what was a precursor to the cloud – dumb terminals at a hundred work stations all logged into a one lung old remote Sperry mainframe, Unix based with green screens and menus. Dick was a true eccentric and an aficionado of craft beers a few decades before that became fashionable. He lived near Meredith in the lakes country of New Hampshire. The Sperry lived upstairs in the offices at our Meredith store.

Over a beer or two, Dick would bemoan the coming of Windows, GUIs and related technological advancements. He was a lover of concise code back before the rapid growth of storage enabled programmers to ply their craft almost without regard to memory limitation.  He thought that this profligacy lacked imagination and the genius of the early code writers, when every byte was carefully planned – a wasteful proliferation of dead code layered upon dead code like vestigial organs. Dick was admittedly obsessed with what he perceived as a degradation of brevity and elegance, a distinction that escaped the rest of us.

“Again, and again we are told by all sorts of priggish and progressive persons, that mankind cannot go back. The answer is that if mankind cannot go back, it cannot go anywhere. Every important change in history has been founded on something historic: and if the world had not again and again tried to renew its youth, it would have been dead long ago.”  G.K. Chesterton from his book on Robert Lewis Stevenson

The analogy to computer programming breaks down as all analogies do at some point, however, at the risk of seeming a cranky eccentric, the underlying point of Dick’s complaint is more than mere nostalgia and resistance to change. And neglecting history and the wisdom of centuries has more import and impact than forgetting FORTRAN and COBOL.

Our poems and songs were necessary to human memory of who we are for ten thousand years or more. They enabled us to learn and grow. Technology for information storage started slowly with the Guttenberg press, advancing to linotype and typewriters, which was the state of the art when I was in high school reading Yevtushenko sitting on the floor of a bookstore, not so long ago in history really. Currently with the development of nanotechnology and the “internet of things,” the sum of accumulated human knowledge, much of it layered on like Dick’s superfluous programmer’s code, doubles every twelve months, and is projected to double every twelve hours.[ii] Take a deep breath and think about that: the sum of all human knowledge that took us twenty thousand years to accumulate will double every twelve hours. How much of that data is useful or edifying or gifts us with wisdom, counsel, truth and beauty is a matter of concern and doubt, but the volume is imposing.

Trying to “drink from a firehose” has become a favored cliché of news commentators. In the last twelve hours, it has become woefully inadequate. Perhaps the appropriate metaphor is more like trying to drink from the uncontrollable rapids of a flooding river.[iii] Caution must be taken by every person to drink from pastoral pools and quiet eddies: to seek quiet, to think and read what is truly worth our increasingly finite time. Elegance and brevity and the carefully chosen word needs to be honored and preserved in mind and soul or we endanger some of what makes us human, washed away in the deluge.

[iii] The irony of writing this on my laptop in one of perhaps  millions of blogs is not lost on me.

One response to “Pastoral Pools and Quiet Eddies”