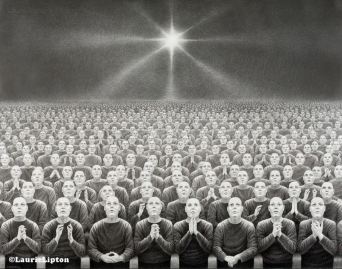 “One believes things because one has been conditioned to believe them.” Aldous Huxley, Brave New World[i]

Back in the mists of the early seventies for about a year I was a correspondent for a regional daily paper in Boston. I remember well the cigarettes smoldering in our ashtrays and cold coffee and typewriters at eleven at night trying to beat a deadline with coverage of a local town’s selectmen or planning committee meeting or a story about a local politician’s failings. Two fingered typing rapidly to fit in with the newsroom – men typed two fingered staccato; women reporters used all ten. They were faster.

The editor was young, male, and long haired, as was I. He wielded a good red pencil and sharpened our writing skills. He was also an ideologue who made it clear that stories favoring progressive issues would be given a pulpit; those that did not would suffer a brutal red pencil until we left out anything favoring opposing opinions. We took the message quickly to heart without it ever being clearly stated. It was not that we fabricated facts, but that we selected those facts that helped the cause and neglected those that didn’t. Since at that time I was sympathetic with the editor, I found no fault with the editing.

One of my most vivid memories of the job is a phone call I received from the wife of a planning committee member and local prominent conservative with whom I had had some run ins. Her husband was a condescending patrician with his reading glasses normally perched on top of his fashionably cut blond head and possessed of an expensive private school whiny drawl. I’d long harbored an aversion to the type. As he was a local developer, I found a conflict of interest in his decisions and comments during meetings when they jumped another builder through many hoops. The applicant was a rival of my planning board guy and was trying to get a subdivision approved that would compete with one in which the committee member was selling lots. Predictably, in my judgmental crusader persona, I savaged him in a couple of articles while my editor cheered me on.

His wife called my home, not screaming, but hurt, outraged, and in tears about the generous unpaid long hours and expertise that her husband graciously donated for the well-being of the town. And how could I do that to him and tell those lies so publicly? I didn’t understand his refined nature or his decency and goodness. Now, I didn’t share her view of him, but she did whole heartedly believe it.

I learned viscerally that while I was feeling self-righteous and clever, real people were affected and embarrassed. She was a good-natured, unpretentious woman with whom I had shared pleasantries before at an event; she thought we got along well. My ideological convictions conflicted with my feelings. But I soldiered on, nonetheless. My facts were right. The goals of my ideology overtrumped my emotions. The ends justified any necessary means. If I could short circuit the nascent political career of this man, well, all’s fair. Objective journalism was not my intent, nor my ideal. I may have been able to string together cogent sentences, but I was a bad reporter.[ii]

“It is perfectly possible for a man to be out of prison and yet not free –to be under no physical constraint and yet to be a psychological captive, compelled to think, feel and act as the representatives of the national State, or of some private interest within the nation, want him to think, feel and act.” Aldous Huxley, Brave New World

A Gallup poll[iii] this week chronicled the level of public trust in the media (or rather the lack thereof). It was the second lowest such poll ranking for this metric on record. Journalists compete for truth telling trustworthiness with back of the truck health supplement hawkers. Thirty six percent of the public retains a “great deal of” (a meager7%) or a “fair level of” (29%) trust that what they read in the newspapers or see in their evening news is reliable and accurate. Which, of course, means that sixty four percent do not trust what they read or see to be truthful, unbiased, and free from ideological distortion. The breakdown is more revealing: thirty one percent of independents, eleven percent of Republicans, and sixty eight percent of Democrats have confidence that what they see and hear in the mainstream media (MSM) is honest and factual. That seems to show that Democrats are dimwitted, incredibly credulous, or that their confirmation bias is operating on full wattage. I believe the last explanation to be most likely among them.

Other data show that over ninety percent of MSM reporters and editors that contribute to political campaigns contribute to Democrats and progressive causes. The seemingly obvious conclusion is that what we read and hear and see that passes for news is progressive indoctrination – we are regularly and consistently submitting to what Huxley called a “conditioned” state. No doubt this suits sixty eight percent of Democrats just fine. And sixty nine percent of independents and eighty nine percent of Republicans are not happy about it.

“The question is whether privileged elites should dominate mass-communication, and should use this power as they tell us they must, namely, to impose necessary illusions, manipulate and deceive the stupid majority, and remove them from the public arena” Noam Chomsky

[iii] October 7 Gallup poll on the public’s trust of the media.

Filed under Personal and family life, Politics and government