“I don’t know which is more discouraging, literature or chickens.” E.B. White 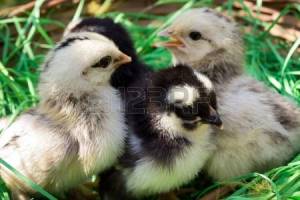 I killed one of the new chicks  a couple of  weeks ago because I didn’t know enough about ‘sticky butt.’ Thinking the intimate task of vent cleaning could be procrastinated and hoping it would take care of itself I neglected basic chick care. Not understanding that something malevolent was backing up, we discovered our ignorance when early one morning our still fuzzy golden Orpington was lying on her side unmoving with hazed eyes, and the other chicks were unmindfully stepping on her having tired of pecking her.

In Maine, we kept laying hens, but they were given to us when they were about six months old by a friend who was moving to Alabama. By six months they are laying eggs every day and the deadly sticky butt is no longer a threat. As we have learned since, hens caring for their chicks keep them warm, show them where the food and water are and clean their little butts. Humans must learn this expertise along with many other forgotten skills necessary to take care of our egg providers.

“The most solid piece of scientific truth I know of is that we are profoundly ignorant of nature. “  Dr. Lewis Thomas [ii]

Rita’s grandparents were first generation immigrants during the Great Depression before the welfare state. Egg laying chickens and broilers were kept along with an annual pig and a large vegetable garden. They knew how to slaughter and dress them, how to make sausage, render the fat and store hams and bacon, preserve meat, can vegetables, and all the intricacies of soil, sun, bugs, composting and keeping the soil sweet where it’s needed and acidic where tomatoes grow. Egg shells for calcium to keep the tomatoes from rotting as they ripen: so many skills and such deep knowledge of the earth and self-provision. Skills and knowledge, we do not have.

Our immediate forebears knew how to hunt, how to field dress, take home, prepare and cook game. They knew where to find tasty edible mushrooms that won’t poison us, what sort of ground hosts wild blueberries, where the black raspberries could be picked. How to repair almost anything in their house was second nature—from basic carpentry, plumbing and electrical to finding, cutting and splitting the wood for their stoves. The relationship of tides to harvesting the plenty of the water, what blooms when, the differences in using and identifying oak from maple and walnut. How an apple tree is pruned and when, a pear tree, a cherry. How to plant gardens and a wide variety of trees, flowering and fruit bearing shrubs. How to grow grapes and make wine. How to put in a good fence or a rock wall. What do we do when the shovel hits a rock or a root or solid ledge? When do we till the soil and how do we put it to bed in the fall to prepare it for the next spring?

Mostly through work experience and home gardens, I have learned quite a bit about some of these things and some about all of them, however, my acquaintance with them is full of gaps, and I had little hands on learning curve around the house when I was young. I was above average mostly at mowing the lawn. Felling trees, heating a house with a woodstove, framing and finishing a house, gardening, raising chickens and fixing a variety of tools and household problems came later with some expensive on the job training. As a friend of mine who managed skills and knowledge teaching for a large corporation once told me: we pay for a training program whether we have one or not.  From what I’ve seen, most Americans, especially the majority who are urban dwellers are similarly disadvantaged.

Most troubling is not the lack of basic survival skills that were familiar and natural to our most recent ancestors and almost all of those before them, but the distancing of ourselves from natural things. We have made incoherent efforts to further distance our children, whose experience of nature is even more bound up in a high definition screen, and a lot of the time transfixed and passive in front of that screen is burnt up with distraction, games, pop culture and worse.

The remedies are simple and difficult: shut it off, learn to lie on the ground and look up at the sky again, to feel dirt, vegetation, rocks and roots under our feet. Reacquaint ourselves with sweat, sun, weather pleasant and adverse, sore muscles not made so in a gym with loud music and large screen TVs. Reacquaint ourselves and our children with the constellations and planets in the night sky someplace with no ambient light from sources having any connection to an electric power plant – just illumination with light that has been journeying toward us for a billion years. Fill our spirits and imagination with real things created by divine Imagination, not disjointed visions written by strangers in bytes, zeros and ones.  Our minds were designed to seek and know natural wonders, beauty and truth. Find them.

“Statistically, the probability of any of us being here is so small that you’d think the mere fact of existing would keep us all in a contented dazzlement of surprise.”[iii]  Dr. Lewis Thomas

[i] As named at the Agway store where we bought the chicks. In the chicken whisperer book the condition is called “pasty butt.” Whatever its name, it cannot be taken lightly when one is responsible for the care of chicks. Probably not all that good for people either, should the symptoms present themselves.

[iii] It has been calculated that the probability of human existence is statistically practically null, ten to an exponential power with 183 zeroes after it. If the temperature of the universe in the first seconds after the Big Bang varied by a millionth of a degree in either direction, no carbon would have ever been formed. Similar limits exist for the formation of free water molecules. No carbon, no water, no evolution, no life. Odds of say, the city of Rome or Chicago suddenly dropping from the sky full born ex nihilo are less. If this “anthropic principle” does not indicate design to us and hence the presence of a Designer, there is a willful blindness, a credulousness based on contorting perceptions of reality to fit locked down preconceptions, at least so it seems to this slogging blogger.