The red pumper bounced onto the driveway of the large ante bellum colonial with siren blaring.  The house had once served as an inn, and currently was occupied by

a half dozen mostly benign refugees from other late sixties communes.  The flames fully engaged the structure and were seen through the

windows.  Everyone got out. The source of the fire was a fifty gallon drum woodstove laid on its side with a fire door kit cut in one end and a stove pipe emerging from the top, not an unusual heating system for rural Maine that can be assembled from a kit for under $100.  If it was a typical set up, sand would cover the bottom to keep the coals from burning through.  Overheated, it could glow cherry red.  Something had gone amiss.

A small fleet of private pickup trucks driven by the rest of the fire department followed the pumper.  The chief’s truck had a prominent flashing light bar on the roof.  A 3” hose with a nozzle was quickly deployed, but the tank rapidly depleted and the stream of water dwindled to a dribble.  An intake hose was unfurled and several fire fighters started rolling it out towards a source of supplementary water, coupling on more hoses as they went.  Back at the truck end, the chief, Dana, bent to hook up to the intake valve and discovered the others were approaching the lake 500 yards away with the wrong end of the hose.  By the time things were reversed, the fire broke through the roof, which fell into the basement a half hour later.  These men were dedicated and courageous; they had saved lives, but all were volunteers, and practiced as they could.  Practice was customarily followed by much truck polishing, hose rolling and beer drinking at the station. Occasionally, they got to burn down a condemned barn to work on their skills. Common wisdom was to get out of the house, and then call your insurance agent and the fire department from a neighbor’s house – in that order. Town residents were fond of saying that the Mount Vernon Fire Department had never lost a foundation.

Official authority and municipal services in a small rural town are a unique experience.  In Mount Vernon circa 1976, there was no police department.  A local constable appointed by the court would serve subpoenas and divorce papers.  The nearest law enforcement was a Maine State Police trooper, who lived 15 miles away in the next town, Readfield.  Once when Rita was involved in a car accident, he came to our house the next evening dressed in jeans to help us fill out the paperwork.  Things were casual.  Only the game warden had true authority.  He was known to shoot a dog if they packed up with others and ran deer.  No appeal, no live trap, no deliberation whether it was a mutt or a Golden Retriever with papers: justice was swift, administered uniformly and accurate.

The only time I remember talk about engaging the police was on the Fourth of July during the bicentennial celebration in 1976.  Other than a few bottle rockets and cherry bombs from New Hampshire, there were no fireworks.  Jeff Kent, a young twenty something native Mount Vernonite, took to drinking beer with a truck full of buddies and dragging an old car hood behind his pickup up and down the roads.  The hood presented an impressive display of sparks and plenty of noise, augmented by custom horns that sounded like a submarine klaxon dive alarm, mounted on the cab roof.  After three hours or so into the wee hours, some of the more sedate residents had had enough.  No one actually called the cops though; one of the dairy farmers who had to get up in the morning told Jeff he would shoot the engine block of the pickup.  We weren’t sure if he had the firepower or the marksmanship, but neither was Jeff, so he pulled the truck into the fire station and drank some more beer.

A “domestic disturbance” was treated like this: no police involvement because they were too far away to help.  Bia, a recent resident, had moved into an apartment next to a small store front downtown, where she opened up a sheet metal artisan shop, welding and cutting small decorative pieces sold at craft fairs.  Her boyfriend was an odd,

slender, bearded, pony tailed archetype prone to buckskin jackets, cowboy hats, silver buckles and a 14” Bowie knife carried in a sheath on his belt.  Bia’s daughter was my daughter’s age, and they became friends during the few months since Bia arrived in town.  In January, our phone rang about eleven one weeknight, long after our bedtime.  She called because we were one of the few she had gotten to know.  The boyfriend, whose name fades, let’s call him Jim, was drinking, smoking dope and hitting her.  Could I come down to help?  Sure, I agreed, groggily.

As a twenty nine year old, very fit, tree climber, I had an exaggerated confidence in my own invulnerability; I grabbed a 3 foot hickory 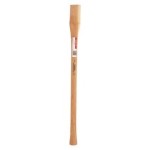 handle half whittled down to fix my splitting axe and jumped on my trusty steed, well actually, an F150.  What could be better for a chainsaw guy than getting to play knight errant?  On the way to her place, I practiced some tough threat lines involving emergency rooms, reconstructive dentistry and eating through a straw, all of which turned out quickly to be completely inadequate to the situation.  The denouement was less than noteworthy.  Jim had fled out the back door on the snow over the ice of Lake Minnehonk.  I followed his tracks into the dark, axe handle in hand, and found him seventy yards out on the ice in a tee shirt disconsolately sitting and shivering in the snow, his knife still in its sheath.  I asked him if he had a place to go.  He said he did, in Waterville.  I told him that’s where he would be staying.  He started to cry.  Bia packed a duffle bag into his dented Saab with Boulder County Colorado plates, and that was the last anyone ever saw of him.  I went home to bed; Rita was glad to see me.

Thirty years later, we were visiting an old friend, Pam Jones, who still lived near Lou’s store, which was now not Lou’s store.  Bia had long since moved out, but we learned for the first time that a local legend had grown around the “Swordfight On The Lake” with much dramatic license taken. Pam laughed huskily in her smoker’s voice telling us about it.  Entertainment and storytelling are at a premium in a small town.

I hate small towns because once you’ve seen the cannon in the park there’s nothing else to do.
Lenny Bruce. (Mr. Bruce obviously never actually lived in a small town. There’s a lot to do.)

8 responses to “Maine Tales III – Swordfight on the Lake”