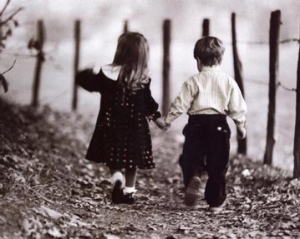 Heather was a nineteen year old freshman at Columbia University, one of the world’s most prestigious centers of learning.  Her frequent mood swings of deep depression and unpredictable crying led her to visit a psychiatrist at the school’s clinic, Dr. Miriam Grossman.  Dr. Grossman drew out Heather’s personal situation.  Her new boyfriend was delighting in the female gift of her young body, but was balking at going out to eat or to a movie because that might lead to a “relationship”, and he didn’t want a relationship: he just wanted to be friends…..with benefits. Heather was wondering why she was depressed because “friends with benefits” was a common arrangement after all, and she had not considered it as a possible source of her unhappiness.  From Dr. Grossmans’ book “Unprotected”: “Heather thinks women are like men, so she’s puzzled when her “friend with benefits” – a man with whom she has a physical relationship, no strings attached – is content, while she hates herself.  Is Zoloft the answer?”

In “Unprotected” she writes of other client-students she counseled: Stacey, who was cutting herself with scissors, had an HPV infection that would be with her the rest of her life; condoms are ineffective with HPV and 25% of teenage and above women are infected.  Some strains of HPV can cause cervical cancer.  The medical community’s and big Pharm’s solution de jour is inoculating all young girls with “Gardasil”, which a study now shows can trigger the premature death of ovaries and eggs causing permanent infertility.  Stacey had three “relationships” in the last year and was unaware whether her partners may have had previous relationships, creating multiples of exposure; her odds of HPV infection went up 300%.

Then there was Olivia, who was bulimic, vomiting frequently and depressed, the first big love of her young life having dumped her.  She told Dr. Grossman, “When it ended, it hurt so much,” she said, weeping.  “I think about him all the time and I haven’t been going to one of my classes, because he’ll be there, and I can’t handle seeing him.  I was unprepared for this. Why, doctor,” she asked, “why do they tell you how to protect your body – from herpes and pregnancy – but they don’t tell you what it does to your heart?”

I am here to tell you that radical politics pervades healthcare, and common sense has vanished. Who’s paying the highest price?  Girls and women.

Not long ago, we physicians could call casual sexual activity “mindless” and “empty”.  Before political correctness muzzled us in the 90’s, a therapist might advise her client that it is love and life-long fidelity that bring liberated sensuality and provide the best insurance against infectious diseases.  An unwanted pregnancy, an abortion – these were weighty issues.

We understood that men and women are profoundly different and weren’t afraid to say so….Self restraint built character, and character was something to strive for…

Things have changed.  Teens are encouraged to explore and experiment with their sexuality.  Self-discipline has been replaced with latex and Plan B.  There is tacit approval of promiscuity, and an STI is a rite of passage.  Abortion?  It’s likened to a tonsillectomy.

The health care system has declared war on tobacco and alcohol, tanning salons and transfats, but is silent about the hazards of our hook-up culture….Devoted professionals, motivated by altruism are foisting these agendas on young people. I witness the ramifications daily.

The agenda is sunk deeply into the soil of some misguided feminism that confuses equal treatment and opportunities for women with men and women being the same in every aspect of their personalities.  Even well-meaning parents are not immune.  Many “put” their teenage daughters on birth control pills, some below the age of legal consent, falling into the trap that all of them will be sexually active anyway, and there is nothing to be done about it, so we may as well protect them as best we can.  Their girls remain unprotected, however, against emotional havoc and over 50 sexually transmitted diseases.  The implicit communication is that character development in all things sexual and self-control are not possible — and the girl is informed subtly that she is ready and available.

Further ripping away the mantle of protection are the possible side effects of the pill itself: increased risk of depression, mood swings, weight gain, suicide, breast cancer, infertility, stroke, blood clots, cervical cancer and, most ironically, loss of libido.  The World Health Organization lists the birth control pill as a Group 1 Carcinogen along with tobacco, asbestos, benzene, formaldehyde, plutonium and others.  In NYC schools, a pilot program with the catchy acronym CATCH (Connecting Adolescents To Comprehensive Healthcare) provides birth control pills, Plan B abortion pills, Depo-Provera long-lasting contraceptive shots as well as condoms to 22,000 students as young as 14 in 14 city high schools without parental consent or notification. They can’t get an aspirin from the school nurse without parental consent.  Political correctness run amok.

When the Catholic Church objects to Obamacare mandating inclusion of contraception and abortifacient drugs in their health care plans, the Health and Human Services department of the Obama administration refuses to allow an exemption (with the very narrow exception of churches themselves).  Catholic hospitals, schools, charitable organizations and universities are put in the impossible dilemma of providing what is morally repugnant to them or not providing a health plan at all to their employees.  Over 40 lawsuits are pending.  Political correctness runs rough shod over religious freedom, freedom of conscience and common sense.

“Unprotected”, indeed:  it seems we have lost our way.

While it is true, of course, that (technological progress) ha(s) given us tremendous power, it is absurd to suggest that we must use this power to destroy our most precious inheritance: liberty.  The Road to Serfdom – F. A. Hayek

4 responses to “Friends with Benefits”