“Human reason has this peculiar fate that … it is burdened by questions which… it is not able to ignore, but which, as transcending all its powers, it is not able to answer.” Immanuel Kant, Critique of Pure Reason

When I went out one morning this week to bring in some wood for the woodstove, the thermometer registered 3 degrees, which is about as cold as it gets in Rhode Island without wind chill. Now in the Sandy River Valley in the West Central Maine where we once lived, 3 degrees before dawn might qualify as a bit of a January thaw.  Routinely in the dead of winter there, we would wake to 20 below.  I remember a week when we didn’t break into positive numbers at the warmest period in the afternoon, and every night was 15 or 20 below.  Hauling in wood from the shed would numb my face in the thirty feet I carried it.  I grew a beard most winters to protect my skin, since I was often outdoors.

Albert Camus once wrote, “in the midst of winter, I finally learned that there was in me an invincible summer.”  Camus’s metaphor seems to bear more than merely surviving a cold winter; perhaps he writes also of the winter none of us will escape in the end.  As I near my 67th birthday, the depths of winter echo with chords of my mortality.   As I near my 67th birthday, I am reminded that one certain inevitability is closer now than ever before, and it is necessary to be reconciled with that truth.  And yet, an “invincible summer” is within us, an unquenchable, “desperate desire” that the final deep cold will not descend undiminished, that we will see those we love again, that the inescapable lowering into frozen ground is not the end.

“The dragon is by the side of the road, watching those who pass.  Beware lest he devour you.  We go (to) the Father of souls, but it is necessary to pass by the dragon.” St. Cyril of Jerusalem 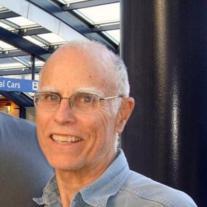 In December, our dear friend in Maine, Bill Yates, succumbed to bile duct cancer after being diagnosed in August. A strong, unexpected cold wind overwhelmed him.  Always very fit, in July, he was competing in 5K races, still going strong at 71.  He never made 72.  Bill was a former Navy doctor, board certified in obstetrics and gynecology.  In 1975, he opened the first OB/GYN practice in Franklin County, Maine.  Later in his career, he updated his training and refocused on helping infertile couples, but eschewed in vitro procedures, which he deemed risky, expensive and with grave moral issues.  He retired in 2003 after nearly thirty years and over 2,500 babies delivered.

In 1969 while serving as a Navy lieutenant, he married Navy nurse Margaret Bandlow in Virginia two years after graduating from medical school.  Bill and Meg were married forty three years at his passing.  Among their six girls and two boys are a physician (Elena, one of the twins), two Sisters of Life in NY, Leah (Sister Mary Louise Concepta) and Rachel (the other twin, now Sister Mariae Agnus Dei), an engineer and a certified rafting guide on the Colorado River through the Grand Canyon.  Like Bill and Meg, their children travel to places all over the world to explore, hike and run, bicycle hard, and love the hills and rills of Maine.

Bill grew up in Elyria, Ohio and maintained a Mid Western natural friendliness and dry sense of humor.  His intelligence and insatiable curiosity made him an engaging conversationalist. His kindness made a conversation with him a distinct pleasure: full of new ideas, but devoid of painful pitfalls.  His father owned a general contracting company, so he grew up around construction and summer jobs.  Bill inherited a deep pleasure in building things – a new house, a new office suite for his practice; he would occasionally uproot what was and build something fresh because he wanted to.  Once when his partners wanted to stay in the last office he built, Bill got new partners. “Undeterred” comes to mind whenever I think of him.  Since construction has been the source of my career, we had many talks about contracting and contractors.  My firm hope is that we will have some more when time is no longer finite.

“Down, down, down into the darkness of the grave

Gently they go, the beautiful, the tender, the kind;

Quietly they go, the intelligent, the witty, the brave.

If you are a regular reader, you may remember the story about our choice in 1980 to undo our decision following nearly a decade not to have more children after Amy and Gabriel.  The great blessing of Angela and Meg (and now Pete, Gianna, Ellie, new baby in the womb and Marty) were the direct happy result of that decision.  Bill Yates was Rita’s OB/GYN physician in Maine whose encouragement and connections to his Navy doctor friend in Portland enabled me to have a vasectomy reversed.  Our lives were affected so profoundly that I cannot reflect on them without emotion.  For this and for Bill and Meg Yates, I am forever grateful.

Meg is a lifelong Catholic, and although Bill was raised in a mainline Protestant denomination, he kept the promises he made to her at their wedding and attended Mass with the children and her.  At one point in his forties, he became more curious about her faith.  Rita and I were on vacation for a couple of weeks on Webb Lake, near where they lived.  We happened to be carrying in my Bible our note cards for something called a “Life in the Spirit” seminar, which we had taught as a husband/wife team for quite a few years.  Usually conducted with once a week sessions for seven weeks, we spent several nights covering the material and praying with Bill and Meg.

In the autumn, they came down with the whole crew to visit us and attended a Fall Festival with a Catholic community to which we belonged at the time.  That we absorbed with nary a speed bump the ten Yates in our small house — sleeping bags and air mattresses everywhere — was a testament to the loving, controlled chaos of their family.  While here at a picnic, Bill had an absorbing conversation with our friend, Father John Dreher, himself a convert from Protestantism and a Mid Westerner, who came east to study at Brown decades before.  The next year Bill took formal instruction in the Church and joined Meg as a professed Catholic, a commitment that carried through the rest of his life.

The following summer, when we saw them again, they brought me a magnificent 12 speed bicycle.  At the annual Wilton Blueberry Festival that they helped run, Bill bought a limited run $10 raffle ticket in my name for the bike as a thank you for the previous summer.  The ticket was pulled, and I enjoyed many years of long rides around Webb Lake in Maine and to and from a state park in Rhode Island on many early mornings back in Rhode Island.   Bill’s bike.

I spotted the bike hanging upside down in our garage when I was pulling out my wood splitting maul a month or so ago; the bike has been there for five years without a ride. Pitchers and catchers will arrive in the major league training camps next month.  Ash Wednesday is less than three weeks ahead, which inevitably leads to Easter, and is my personal first sign of the annual greening.  I’m going to take Bill’s gift to a first class bicycle shop for a full tune up and some new tires.  Hope comes once again during a cold snap, as it always does. Spring beckons.

“The leaves are falling, falling as from way off,

as though far gardens withered in the skies;

they are falling with denying gestures.

And in the nights the heavy earth is falling

from all the stars down into loneliness.

We are all falling.  This hand falls.

And look at others: it is in them all.

And yet there is One who holds this falling

endlessly gently in His hands.”

Quotes in this post were shamelessly purloined (but attributed to their original authors), as was the title of a previous post from Dr. Regis Martin’s superb small book on Christian hope, “Still Point – Loss, Longing and Our Search for God”, which I could not recommend to you more highly, irrespective of your inclinations in this regard.  The desire for hope is imbued in our being.