“The lowest form of popular culture—lack of information, misinformation, disinformation and a contempt for the truth or the reality of most people’s lives – has overrun real journalism.” Carl Bernstein 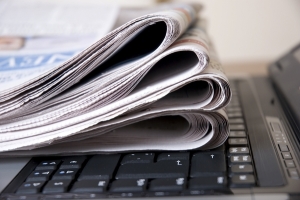 Paul was an officious stiff, unattractively convinced of his own self-importance, as lawyers can be sometimes, but I did feel guilty when his wife, whom I had never met, cried over the phone when she tried to make me understand that he was just trying to do the right thing for the town and how could I write such awful things about her husband?  Didn’t realize a guy like that might have someone who loved him. So maybe I didn’t have the stomach for it after all.

The night before, working as a stringer for a daily paper, was typical. Attend a local planning board meeting; take copious notes in my official reporter’s pocket notebook, secure in the back of the hearing room as a cocky upstart of the fourth estate.  Run back to my 1956 Chevy pickup and drive to the newsroom office and join four or five others beating a midnight deadline for the morning paper. Bad coffee out of the machine with chemical cream, a cigarette smoldering in the ashtray and banging away with two fingers, we raced to keep it short with few adjectives, none of them purple, and long on finding some sort of headline to draw the reader’s interest and the advertiser’s money. Controversy was desirable, if not mandatory[i]. Though in high school and college I had gained typing proficiency with all hands-on-deck, in the newsroom only women reporters exhibited those skills. The guys eschewed full fingered participation, so I quickly revised my technique and picked up speed on the old shared typewriter using twenty percent of the digits available to me. Macho vanity has few limits. Editing was red lined, then cut and pasted with actual paste and scissors, sentence by sentence and paragraph on the final copy submitted to the typesetters.

I forget the details, something about a set-back requirement for an addition that was being infringed by a foot or two, and the board, led by Paul, barring a zoning appeals board effort, was about to cost the homeowner a large amount of money. I turned up what I saw as a conflict of interest from a previous kerfuffle between Paul, in his law practice, and the homeowner, while rummaging through the files at the newsroom doing a quick background search on old stories (real paper files way before Google or Lexis Nexis were even imagined, much less verbs). Throwing that perhaps unrelated story into the second paragraph, heedless of what effect the unproven connectedness of the two issues might have on the parties involved, I submitted the story, pleased the local news editor and went home. I had, after all, called Paul’s house for a comment, but for some reason they didn’t answer their phone at ten thirty.

I had established early on that to please an editor with his brutal red pencil, one had to write cleanly, try to get the facts straight, but be careful about which facts were included and which ones were avoided, especially if they conflicted with the editor’s ideology or preferences about local personalities. I was a fast learner. After a year or so, I understood I truly didn’t have the stomach for it and needed a real job for my small family.

“When I started working for Rolling Stone, I became very interested in journalism and thought maybe that’s what I was doing, but it wasn’t true. What became important was to have a point of view.” Annie Leibovitz

Recent polls have public confidence in news media at an all-time low. About fourteen percent of the population believes that they can believe what is in the papers or on the screen. I grew up thinking that although the New York Times and Boston Globe and CBS might have a leftward bias in their editorials, they strove to get it right in their news coverage. The “Gray Lady” wouldn’t tip the scales in their reporting of events, of facts, of actual happenings, right? Look at all those Pulitzers. As it turns out, I was wrong then, which was verified in my brief dalliance with the business, and now the public has such deep skepticism, we have no bulwark against propaganda, no filter for what is true and what is a campaign. Then we had at least the comfort of journalists being circumspect, but subtlety is no longer a veil that is even pretended: not even a pretense of objectivity nor an apology for the vacuum. The gloves are off, and no one has faith in anyone’s facts.

To our great detriment, the media feeds on disinformation and distrust, which in turn fans the flames of divisiveness and anger. Where do we turn? Whom do we believe?  Who do you trust? (With apologies to grammarian readers). Facebook rants and 140-character flatulence fills the void.

“Journalism, as concerns collecting information, differs little if at all from intelligence work. In my judgment, a journalist’s job is very interesting.”  Vladimir Putin [ii]

[i] The pressure on periodicals, newspapers and electronic media to attract readership and viewers has only  gotten more intense with a life and death struggle with social media competition for advertising dollars. https://www.theatlantic.com/technology/archive/2017/02/the-mark-zuckerberg-manifesto-is-a-blueprint-for-destroying-journalism/517113/