“Quarry the granite rock with razors, or moor the vessel with a thread of silk; then may you hope with such keen and delicate instruments as human knowledge and human reason to contend against those giants, the passion and pride of man.”  Cardinal John Henry Newman 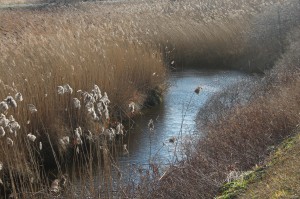 As each year closes, we find ourselves retrospective, along with everyone else. Newspapers, magazines, and television are awash with ‘best of’ and ‘top ten’ lists of everything from sports events and politics to movies and songs. Even Pandora sent me a list of what I liked last year and how much and to what I listened. A little spooky – like the intrusive proliferation of ads for products or events peripherally related to what I mouse clicked on a Google search or liked on a Facebook post.

This year end I ponder what has happened to once perfectly useful words. Remember “diversity,” which once implied a dialogue of different ideas with civil discourse, point and counterpoint, reasoned debate? Now the word is withered and alludes to a loose tolerance (there’s another shrunken word) of sexual proclivities and racial or ethnic make-up. Even of changing our gender, as if the XY or XX chromosomes embedded in every cell could be expunged with mutilative surgery, ill-advised hormone shots and a change in wardrobe. Such miscreant, truncated tolerance undoubtedly fails to embrace the dissidents who choose to not bake wedding cakes or to not provide chemicals to kill our offspring. They are hammered flat on the anvil of ‘progressive’ law. But I digress.

Another pernicious word that has been transformed to our great harm is “values.” We must form our lives around our values, live our values, expound on our values, etc. Of course, values are malleable, just as we once variably valued our possessions, our pets, our Bitcoins, our portfolio; they change and are negotiable, subjective and subject to the market. We rummage around and indifferently agree on a value, so that the easy or the trendy prevails. Or what tickles our erogenous zones and assuages our guilt (another perfectly good word ruined by consignment to mere neurosis). We are “distracted from distraction by distractions.”[i]

“(A republic) is only to be supported by pure Religion or Austere Morals. Public Virtue cannot exist in a Nation without private (virtue), and public Virtue is the only Foundation of Republics.” John Adams

“And let us with caution indulge the supposition, that morality can be maintained without religion. Whatever may be conceded to the influence of refined education on minds of peculiar structure, reason and experience both forbid us to expect that National morality can prevail in exclusion of religious principle.”  Farewell Address, George Washington

Without exception the Founding Fathers of our country knew that a virtuous people with a common bond of shared morality were necessary for this most messy form of self-government. The breakdown of a shared base of Judeo Christian morality and a communal language of stable principles is a great danger to our country. David French wrote a thoughtful, year-end article in National Review.[ii] It begins, “If I had to pick one of the most under-appreciated and under-reported stories of 2017, it would be that a post-Christian America is a more vicious America, and that the triumph of secularists is rendering America more polarized, not less. Remove from the public square biblical admonitions such as “love your enemies” and the hatred has more room to grow. When the fruits of the Spirit — love, joy, peace, forbearance, kindness, goodness, faithfulness, gentleness, and self-control — wither, then the culture is far more coarse.”  Is there any dispute that our public argument has become more polarized, less reasoned and more vitriolic? Are we yelling more epithets at each other and at our political adversaries with bumper sticker, vulgar, repetitive talking points parroted from one website to another? Are we debating the issues or lazily calling each other morons, pond-scum, or far worse? Are we listening to anyone other than our fellow true believers?

When discussion is stifled, shouted down with curses and condemnation, and when dissent from the current orthodoxy of “diversity” and “tolerance” is threatened not just by intelligent counterpoint, but by lawsuit, the law itself or violence, can despotism be far behind?  Does the loudest impassioned scream settle the debate?

We saw in the late, unlamented twentieth century, the most murderous in human history by far, the natural consequences of tyranny that chose atheism, arrogance and division over peace with mutual respect for the dignity of human beings.  Like a grotesque planetary natural experiment, it recurred so many horrific times in the Soviet Union, Nazi Germany, Communist China, North Korea, Cuba and Cambodia and the endless “people’s” revolutions of Africa and South America. Power overwhelmed, and the innocent died.

If we lack even a common language with agreed upon terms, how do we talk about anything? If truth is defined as subjective and amorphous rather than as objective and solid, where do we begin? Is objective moral truth an illusory myth, or is moral law an element of nature like gravity with necessary and inevitable consequences for disregarding it?

To digress briefly once again, one of the fascinating stories of 2017 was a verification of the gravitational waves predicted by Einstein’s theory of relativity. The most dramatic instance in 2017 was confirmed with what the scientists define as “multi messenger astronomy”: an event detectable and verified across many studies like gravitational waves confirmed with concurrent or nearly concurrent gamma ray, X-ray, ultraviolet, optical, infrared and radio waves logged in multiple observatories.

Such was the case with the first ever detection of the merging of binary neutron stars, another proof of Einstein’s predictions. In a galaxy far, far away (130 million light years give or take a few billion miles), two massive dead stars orbited each other for ten thousand centuries or more, growing ever closer as gravity inexorably, infinitely slowly, drew them together. As they approached their finish as a binary system, the dense, lightless stars whirled ever more rapidly about each other, quickening to many hundreds of orbital revolutions a second.  When ultimately, they collided and merged in seconds, astonishing amounts of energy, including gravitational waves escaped. This cataclysm occurred millions of years before any human being looked to the skies, but when the waves caught up to us, like time travelers, in August of 2017, we saw and heard.[iii]

Whether we will it so or wish it so, gravitational waves have their way with us. They wash over us. They and gravity’s repercussions exist whether we believe them to be true or not. Can you feel the waves?  Can you feel them?

“Some people feel the rain. Others just get wet.”  Bob Dylan

Neither plenitude nor vacancy.  Only a flicker
Over the strained time-ridden faces
Distracted from distraction by distraction
Filled with fancies and empty of meaning
Tumid apathy with no concentration
Men and bits of paper, whirled by the cold wind
That blows before and after time,
Wind in and out of unwholesome lungs
Time before time and after.